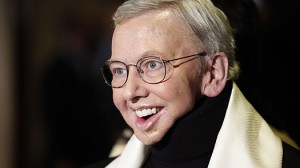 Roger Ebert’s book signing in Toronto is a great opportunity to get out and use your MyVoice speech aid in what should definitely be an accepting situation.  The MyVoice team will be having a book or two signed and speak with Mr. Ebert about MyVoice.

Mr. Ebert has shown the world how to continue to succeed in life despite his loss of speech by embracing adaptive speech technology.  Mr. Ebert will be signing his new Book “Life Itself “ in Toronto at 7pm on Wednesday Sept 14, 2011 at Indigo Books in the Manulife Centre at the intersection of Bay and Bloor Streets and at 4pm on Friday Sept 16, 2011 at TheatreBooks at 11 St. Thomas St .

You can find a great blurb about his new book here.

We have been warned to arrive 30-60 minutes early as Mr. Ebert will only be signing books for one hour.